The White Mulberry - Morus alba - is a small to medium size tree native to China.  It is recorded to have been widely cultivated in China for over four thousand years to provide feedstock for silkworms. It has been cultivated for Silkworm raising and fruit so much so, that it is hard to determine where the orignal natural range lines begin/end.  It's leaves are also used as feedstock for livestock in areas where the climate does not allow for adequate ground covers.  It has been naturalized throughout most of the warmer temperate regions of the world including North America, India, and Southern Europe.  In some areas of the United States it is included on the invasive species list as it's ability to hybridize with the native Red Mulberry causes concern for the future of the Red Mulberry species.  If not properly managed this plant has a habit of becoming weedy and invasive, even displacing more desirable vegetation. It is found in hardiness zones 4-9 in North America. 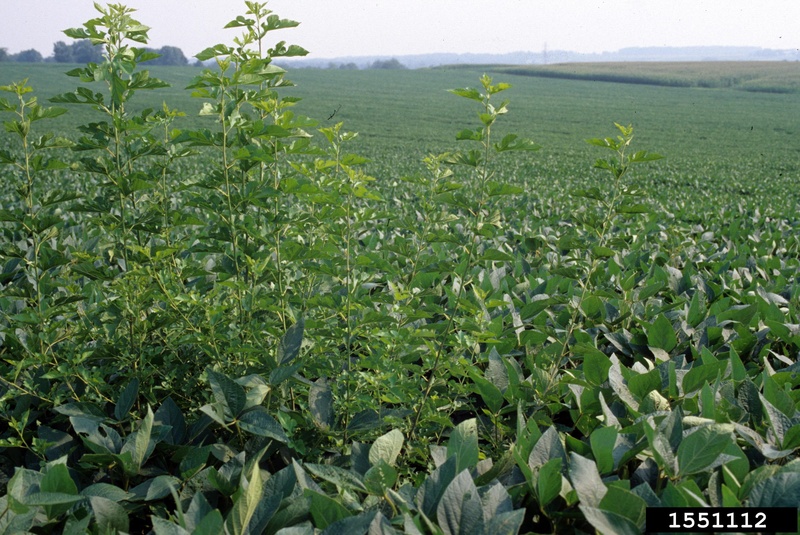 Mulberry fruits are unique because each apparent fruit is actually made up of a cluster of fruits and the fleshy swollen part is the swollen calyx. The fruit is 1–2 1/2 cm long on average.  When found growing wild the fruit is a deep purple, but in many cultivated plants it varies from white to pink. The flavor is sweet but bland, unlike the more intense flavor of the red and black mulberry fruit. The fruit is enjoyed by many wild birds, hogs and poultry.  Seeds are often spread by birds consuming the fruit.  The flowers are single-sex catkins, male and female flowers are usually on separate trees although they may occur on the same tree but usually not connected to one another. The pollen of the White Mulberry has an extremely rapid release, moving at twice the speed of sound. 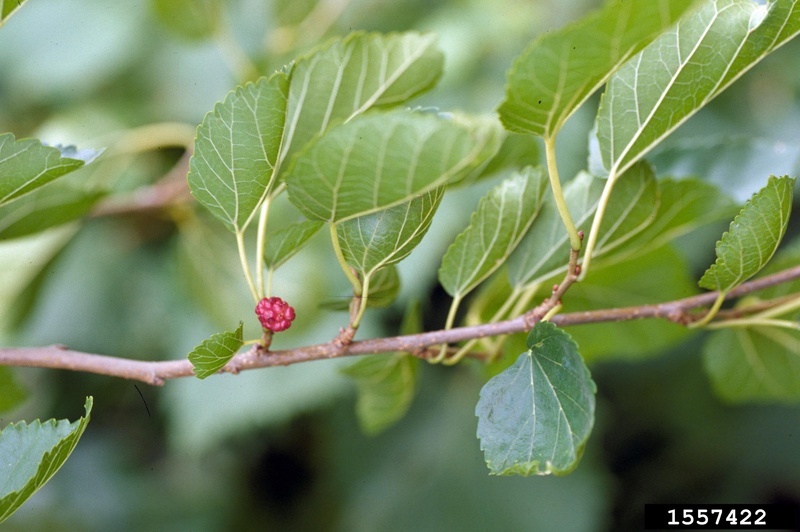 When young the leaves on the White Mulberry can reach up to 12 inches long, while a more mature tree may only have leaves that are 2-6 inches long.  The leaves are very interestingly shaped and can have as many as five different shaped leaves on one tree.  The leaf shapes vary from a simple ovate to a more intricately lobed version.  During the growing season they are a bright green color changing to a pale to bright yellow in the fall.  In very warm climates the tree may act as an evergreen retaining it's leaves year round.  At maturity the White Mulberry reaches an average height of 30-65 feet. 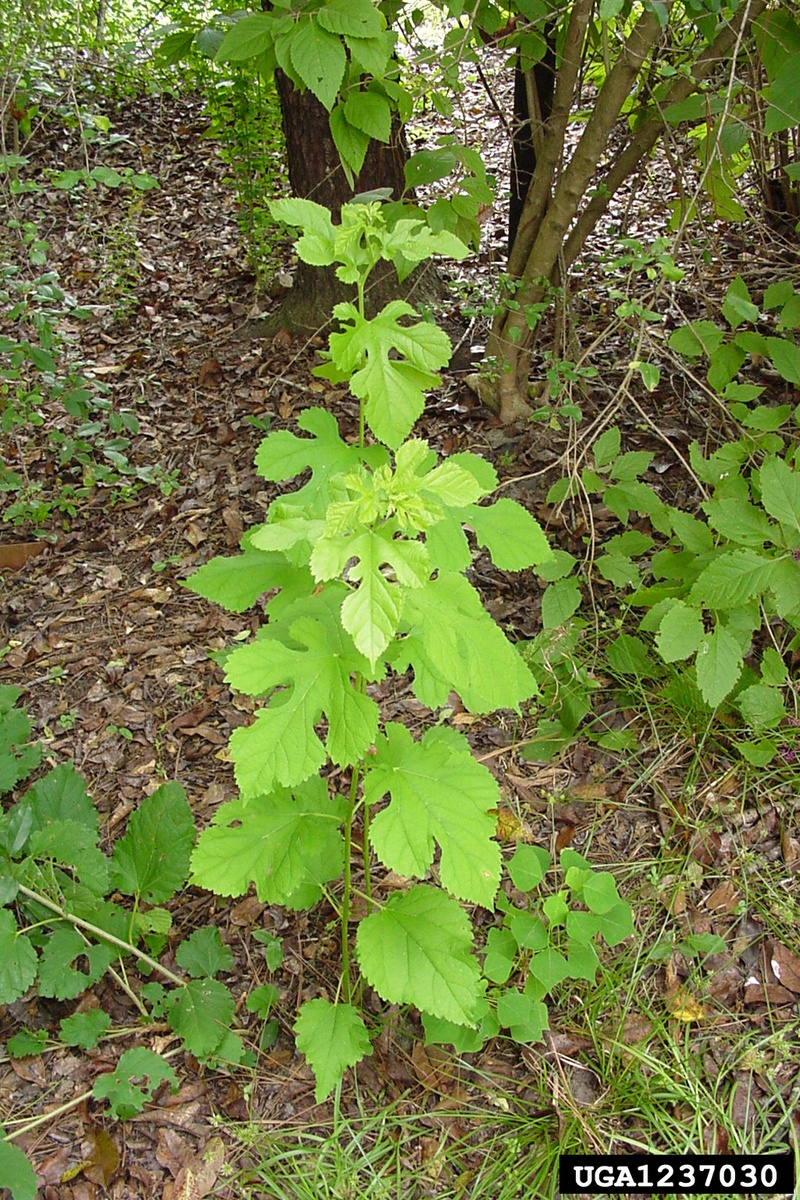 The White Mulberry is said to have some medicinal qualities and has been used throughout history for various ailments.  When taken internally the leaves are said to treat sore throats, eye infections, nose bleeds and the common cold.  The stems have been used in the treatment of rheumatic conditions, high blood pressure and spasms.  The fruit when eaten is said to to help ease dizziness, diabetes and constipation.  The root bark has been used in Asian cultures as a traditional medicine and antibacterial combatant against the micro-organisms that cause food poisoning.

Meet More Trees on our Website:   www.ArundelTreeService.com  or our Blog:  www.MeetATree.com

Reply lebron 18
14:15 on 8 June, 2021
Thanks a lot for providing individuals with remarkably marvellous possiblity to read articles and blog posts from this web site. It's usually very nice and as well , packed with a good time for me personally and my office colleagues to visit your web site minimum three times a week to learn the latest things you have. Of course, I am also usually fascinated concerning the beautiful ideas you give. Certain two tips on this page are easily the simplest I've ever had.
lebron 18 http://www.lebron18shoes.us

Reply supreme clothing
10:31 on 10 June, 2021
Thank you so much for providing individuals with an extremely remarkable possiblity to read articles and blog posts from this web site. It can be so beneficial and as well , full of a good time for me and my office colleagues to visit your blog at the least three times per week to read through the latest issues you have got. Of course, we're certainly contented with all the striking creative concepts you serve. Some 2 facts on this page are indeed the most beneficial I've had.
supreme clothing http://www.supremesoutlet.us.com