The Tamarack- Larix laricina, is a deciduous conifer that can reach heights of 100 feet or more. It is native to Canada, Alaska and the Northeastern portion of the United States (South through Cranesville Swamp in Garrett County, Maryland) growing in elevations from 0-1200 m. Tamarack is generally found growing in well drained uplands and acidic soils with other Northern Conifers such as Spruce, Balsam Fir and Jack Pine. Occasionally Tamarack is also found growing in swamp areas of the far North, reaching the Arctic tree line. 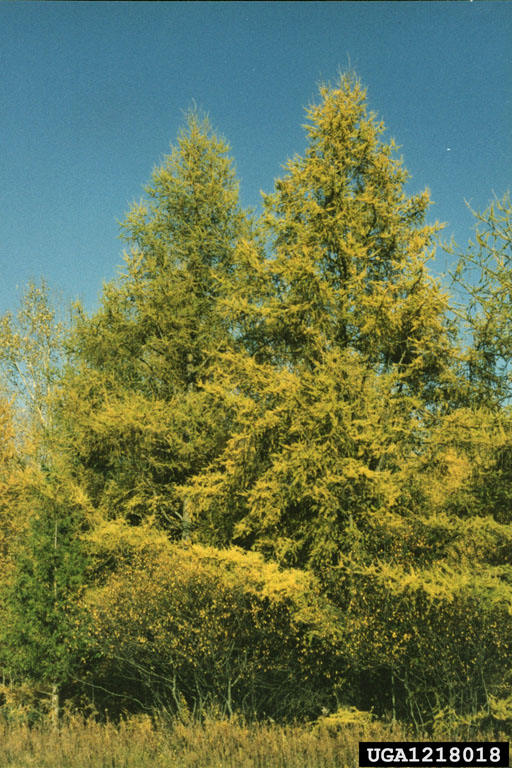 The Tamarack has an ovoid or conical crown, slender flexible orange-brown twigs. The leaves are needle like 2-3 cm long, light green in color becoming darker in the summer and then yellowing in Autumn before falling off. The needles are in tufts of 15-25 on each shoot. The pollen cone is spherical 3-4 mm in diameter and born on short shoots. The seed cone is larger 1-2 cm long but also spherical, red when young becoming yellow-brown when mature. Cones generally fall from the tree after maturing or can remain for multiple years in some cases. Tamarack is very intolerant of shade, it can only tolerate some shade during the first several years, but must become dominant to survive. When mixed with other species, it must be in the over story never surviving as an understory tree. Tamarack is good at self-pruning, and boles of 25 to 30 year old trees may be clear for one-half or two-thirds their length. 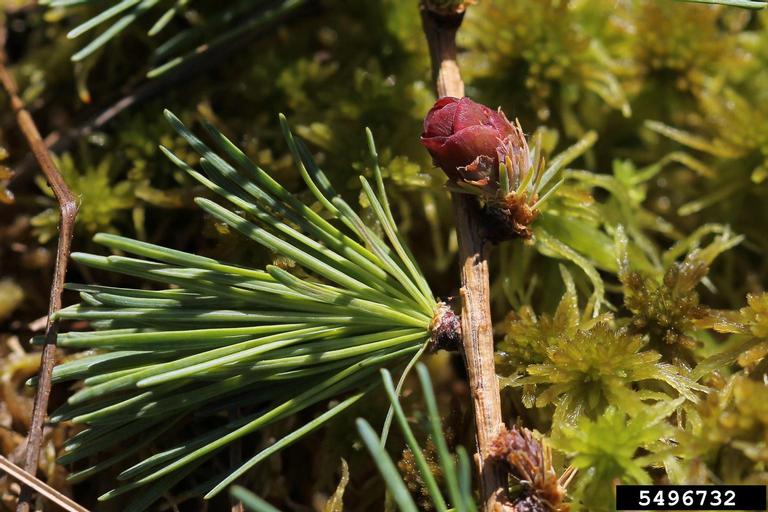 The Tamarack tree was a very useful resource to the early Native Americans. Native Americans frequently used the Tamarack tree for various wood working and medicinal purposes. The needles were recorded to be made into a tea and used as an astringent. This tea was also used to treat dysentery and diarrhea. The Gum from Tamarack Sap was chewed for indigestion. The inner bark of the Tamarack was finely chopped and applied to burns to assist in healing. The wood was not only burned for firewood, but crafted into canoes, and snow shoes.  The word tamarack comes from the Algonquian and means "wood used for snowshoes."

Reply nike sb dunk high
9:27 on 30 January, 2022
I would like to point out my passion for your generosity in support of persons that absolutely need help with that concern. Your personal dedication to getting the solution along turned out to be extremely advantageous and has specifically made girls just like me to attain their pursuits. Your personal warm and friendly suggestions denotes a whole lot a person like me and still more to my peers. Regards; from everyone of us.
nike sb dunk high http://www.sbdunk.us

Reply jordan shoes
1:36 on 1 February, 2022
Thanks so much for providing individuals with remarkably pleasant chance to read articles and blog posts from this site. It can be so pleasant and as well , stuffed with a lot of fun for me personally and my office mates to visit the blog a minimum of 3 times per week to study the new issues you have got. And definitely, I'm so actually happy with all the mind-blowing suggestions you serve. Some 1 areas on this page are unequivocally the simplest we have all had.
jordan shoes http://www.jordanstoreonline.com

Reply cialis online
3:32 on 2 February, 2022
cheap cialis pills for sale where to buy tadalafil on line

Reply golden goose
2:50 on 7 February, 2022
I needed to write you that bit of note in order to give many thanks yet again for your personal beautiful pointers you've shown here. It has been so extremely open-handed of people like you in giving unhampered what exactly many individuals could have marketed as an e-book to generate some money on their own, primarily considering that you might well have tried it in the event you wanted. These things also acted to become a fantastic way to fully grasp some people have a similar zeal just like mine to see whole lot more in regard to this issue. I think there are millions of more pleasurable periods up front for people who start reading your blog post.
golden goose http://www.goldengooseoutletonline.us.com